Tue, May 12th, 8-10pm, Concert – Harpdog Brown with J Arthur Edmonds – harmonica player of the year
Vancouver's Blues scene was where Harpdog Brown got his start in 1988 playing the role of Elwood Blues in a Blues Brothers Tribute band which gave him his debut gig in Vancouver at the famous Commodore Ballroom.  The Maples Blues Awards for harmonica player of the year, and a link from a recent youtube video of me and my guitar player layin it down.
http://www.vancitybuzz.com/2015/01/vancouver-harpdog-brown-best-harmonica-player-canada/
https://en.wikipedia.org/wiki/Harpdog_Brown  https://www.youtube.com/watch?v=lMuKnwtjefw
Tickets @ Door $20 Advance $17 on sale now @ Char’s Landing or call (778) 421-2427 to purchase with Visa/MC *sorry no Club Char*
FMI http://alberni.ca/events/13696 Char’s 19+ Lounge opens M-F 4pm, S-S 1pm www.charslanding.com Char’s Landing, 4815 Argyle @5th. Port Alberni V9Y 1V9

BIO
Vancouver's Blues scene was where Harpdog Brown got his start in 1988 playing the role of Elwood Blues in a Blues Brothers Tribute band which gave him his debut gig in Vancouver at the famous Commodore Ballroom.  From there he found his feet on the large stages, and within one year he received his name while sitting in with friends of his in a little joint by Kitsilano Beach by the name of Mama Gold’s. Hence Harpdog Brown & The Bloodhounds came to life
.Working full time at home and on the road The Bloodhounds became a name to draw a crowd and throw a party. In 1992 Harpdog had a change of personnel, moving more to the roots of early Chicago Blues, added the upright bass and dropped the sax.
This forced Harpdog to grow as a harpist, and be more interesting and imaginative with his instrument of choice. Harpdog Brown won the new talent award from F.A.C.T.O.R. and with that he cut his first full length CD Beware Of Dog in 1992.  Now touring the pacific north west as well as across the majority of Canada, he landed a little recording deal with Candlelight Records in Portland, Oregon in 1994.
The album Home is Where The Harp Is was distributed across America followed by Canada there-after. It won the coveted Muddy Award from the CBA in Portland for the best NW Blues Release of the year. In 1995 Harpdog was nominated for the Juno in Canada for the best Blues Release of the year.  Harpdog continued touring until he found himself with a baby boy, and that made him slow down and focus on being a father from 1997 - 2010. He never stopped playing, just put his career on a simmer, and tried to settle down, get a day job, and watch his son grow.
Now by 2010, Harpdog found himself in need of re-entering his chosen place in the world, on the road and on stage. He started working with Graham Guest, (one of Canada's most dangerous piano players) and cut two albums live off the floor at Homestead Studios in Edmonton, Alberta. Above and Beyond was received very well by the fans and the media. Followed by Naturally which was voted #1 Canadian Blues Album of the year by The Blind Lemon Survey. Harpdog Brown relocated back to Vancouver, BC in the fall of 2011 and started working steady with a handful of all the great players in the city.
2013 Harpdog created The Harpdog Brown Band which is a gutsier Chicago heavy hitting blues band, guitar, bass and drums. Just released on iTunes, "What It Is" with new originals and a few classic covers you don't get from your average blues band.
A gifted singer and an imaginative harp player, he brings traditional blues into the 21st century.
Harpdog was named harmonica player of the year by The Maple Blues awards in Toronto this past month, and continues now with his Traveling Blues Show consisting of himself on harp and vocals, J Arthur Edmonds on guitar and Pat Darcus on upright bass.. Yes no drums needed with this early mid 50’s Chicago sound these boys are laying down. 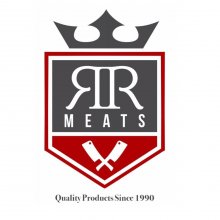