ElectricMermaidReads@gmail.com
Electric Mermaid: Live Reads from Char's Landing, Port Alberni, Vancouver Island, BC, Canada
Emcee: Derek Hanebury  Moderator: Karl Korven  Artistic Director:  Jacqueline Carmichael
Photographer: Micah Gardener  ZOOM Producer: Charlene Patterson
Spoken Word Open Mic via ZOOM, 3rd Friday of each month, virtual doors open 5:30pm Pacific Time
Port Alberni venue Char’s Landing now plays host to the Zoomed Electric Mermaid
“Since being on Zoom allows us to pull in an audience from anywhere in the world, we’ve been very fortunate to hear from a wider diversity of regions—the island, the mainland and internationally as well.  going global!”     http://www.charslanding.com
May 21st FEATURE READERS
https://www.albernivalleynews.com/entertainment/indigenous-poet-and-nyt-bestseller-to-read-at-electric-mermaid/
Jacquelyn Mitchard 15 min Brewster, Massachusetts    RAIN CHECK
Joseph Anthony "Tony" Dandurand Kwantlen First Nation 15min
Jacquelyn Mitchard is the number one New York Times bestselling author of twelve novels for adults, including The Deep End of the Ocean, which was the inaugural selection of the Oprah Winfrey Book Club and also made into a major feature film. The editor of a realistic Young Adult imprint, Merit Press, Mitchard also is the author of seven novels for Young Adults. Her work has won the Bram Stoker and Shirley Jackson awards, as well as the UK’s Walkabout Prize and was short-listed for the Orange Broadband Prize for Fiction. She is a professor of Creative Writing at Vermont College of Fine Arts and a contributing editor for More magazine. Mitchard grew up in Chicago, and now lives on Cape Cod with her fa

Director of the Kwantlen Cultural Center, Joseph A. Dandurand brings a wealth of experience and knowledge to his role as a storyteller. A member of Kwantlen First Nation located on the Fraser River, Dandurand has been a storyteller since he was a young man. His talent and passion for words and sharing stories has followed him through the many journeys of his life.

An accomplished poet, playwright, researcher, archaeologist and proud father of three children, Dandurand received a Diploma in Performing Arts from Algonquin College and studied theatre and direction at the University of Ottawa. He has produced several plays for adults and youth, including works as the Playwright-in-Residence for the Museum of Civilization in Hull in 1995 and a radio script, St. Mary’s, produced by CBC Radio in 1999.

He is also the author of twelve books of poetry, including I Will Be Corrupted;  SH:LAM (The Doctor); I Want; Hear and Foretell; and The Rumor. 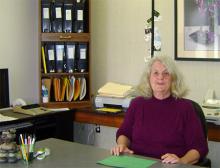