Skip to main content
Submitted by Doug Lindores on September 19, 2020.

September is upon us and it is that time of year when some of the largest Chinook and Coho are migrating in the waters of the Alberni Inlet and Barkley Sound.  West Coast Vancouver Island salmon fishing in saltwater and a variety of fresh water locations is predicted to be very good in September as over one hundred and seventeen thousand Chinook are estimated to make a return to the Somass River system.   To this date there has been a relatively high catch rate by all of the various groups targeting the salmon returning to the area.  Escapement up to the 12th of September is approximately fourteen thousand Chinook and close to seven thousand Coho.  Into Stamp Falls 13,985 Chinook and 5,000 Coho have passed through the counters.  The Sproat has had 15 Chinook and approximately 1,800 Coho return.

September is the month when the Alberni Valley normally hosts the Labor Day Weekend Salmon Festival.  This year the long time Derby was re-created and became (due to Covid 19) the Ultimate Fishing Derby.  The number of tickets sold were just over 1,700.  The Derby took place from Saturday September 5th to Monday the 7th and had local fisher person Adam Dombrowski win the three-day event with a 33.4-pound Tyee landed while fishing the Bamfield Wall.  Local anglers Tanner Hodgson (33-pound Tyee) and Morgan Steed (31-pound Tyee) landed the second and third place salmon on the first day of the Derby which were also landed close to Bamfield.  Day two had Davis Mayo land a 30-pound Chinook for largest fish of the day while local fisher person Colton Lloyd landed the largest salmon at 29 pounds on day three.   Other local fisher persons finishing in the top three on each day were Ken Danroth landing a 25-pound Chinook for second place on day three and Robert Lindores landing a 27 pound Chinook and finishing third on Day two.   Much of the money raised at this fantastic event has gone to salmon enhancement.

This is a beautiful time of year to be out on the water.  The late mornings and afternoons are often long and very warm.  The sunset of course is much earlier in the evening than what it was in late June and early July but the weather pattern on the west coast creates a sense of peace.  September is often termed the month with no wind or fog.  It is often the perfect sport fishing month.   During the week days September is like the month of June with very few people out on the water fishing.  The Chinook return is forecast to be predominately of the four and five-year-old age class.   The Coho as they migrate toward their natal streams and rivers put on almost a pound per week.  September 2019 sport fishing for Chinook and Coho for anglers who are fishing along the coast line of West Coast Vancouver Island, Barkley Sound, and the Alberni Inlet should be world class.

September is the month that has the final migration or “push” of salmon that are headed to their original streams, creeks and rivers.   Barkley Sound fishing in areas such as Pill Point, Diplock, Assets Island, Gilbraltor and Swale Rock are wonderful hotspots where the fish in the early part of the month will hold if there are large quantities and rich resources of bait fish.  The Bamfield Wall also provides some terrific sport fishing.  September historically has good quantities of bait fish that the Chinook and Coho gorge themselves with before migrating to their final destination.   The Nitnat, Sarita River, Robertson Creek and even the very late fall Columbia River fish fill the water from Cape Beale to Poett Nook.  The salmon also stretch for a long distance along the opposite Barkley Sound coastline from Effingham Island to Assets.  The salmon arrive in good numbers on a daily basis and as eager as they are to get to their spawning grounds they are as eager to heavily feast before making their way to their final destination.  The salmon are in shallower water in September.   It is not uncommon for Coho in the early morning and late evening to be on the water’s surface.  Chinook are often in twenty to sixty feet of water.  Sport fishermen using anchovy often have the best success. Anchovy in a Glow army truck, purple haze, cop car or green haze Rhys Davis teaser head with six feet of leader behind a purple and gold or a green and gold hotspot flasher are most often the best producers.  Various hootchies in the AORL 12, green spatter back and army truck are also very good standbys.  Tomic spoons and plugs in the six and seven inch size with no flasher also produce some great results.

The Alberni Inlet will fill with Chinook salmon during the last ten days of August and into the first half of September.  Coho follow the Chinook migration and during September both species will be in a good mix as they migrate to the Somass River system.  Alberni Inlet hotspots are Coulsons, Lone Tree, The China Creek Wall, Boy Scout property, and China Creek.  The fish are in twenty to fifty-five feet of water and usually are most aggressive in the early morning and on tide changes.  The top producers in the Inlet are anchovy in an army truck or green haze teaser head behind a green-gold, purple-gold or chartreuse glow hotspot flasher.   In hootchies the O-15, O-2, O-16, purple haze, green spatter back and the mp2 and mp 16 are also great lures behind a hotspot flasher.  The salmon are anxious to hit the river and if any rain occurs will hit the river mouth very quickly.   Often there are many anglers right up to the boundary by Harbor Quay on a daily basis in September.

September will provide sport anglers with some fantastic world class fishing opportunities.  The salmon migration in Barkley Sound and The Alberni Inlet will be in good numbers and a larger than normal weight class. 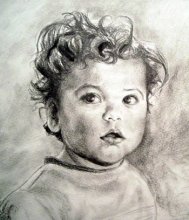